The apple: History and tales

For centuries on end, the apple was a seen as a symbol of wealth, seduction and power; Little surprise, then, that the apple is central to many tales: The forbidden fruit of Paradise, the prize for the fairest goddess, the apple of discord, the deadly poisoned apple of fairytale fame, the golden apple of immortality in Greek and Nordic mythology.

The history of the apple is an interesting one; not an indigenous European fruit, it was originally native to Central and Western Asia. Around 10,000 BC, the apples growing in the lands of Kazakhstan gave their name to the nation’s capital: “Alma-Ata” (now “Almaty”), which means “father of all apples.” This Asian crab apple was small and woody, packed with seeds and extremely sour to the taste. In ancient times, it travelled the trade routes to the Black Sea, where it was cultivated by the Greeks and the Romans. The sweet apple as we know it today evolved over the course of time. In Greek society, the cultivated apple was exorbitantly expensive and was considered to be an aphrodisiac; if a Greek man wanted to propose to a woman, he would throw an apple to his beloved; if she caught it, she accepted the proposal. And, even on the wedding night itself, the bride and groom would share an apple. It was the military campaigns of the Romans in around 100 BC that brought the apple from Italy to northern Europe, where it was soon to acquire mythical status amongst the Celts and the Teutons. The Celts held the apple to be a symbol of death and rebirth, while the Teutons believed that the goddess Iduna was the keeper of the golden apple of immortality. Although apples were cultivated all over the Rhine Valley as early as the 1st century AD they remained a luxury until the modern age, and were considered to be emblematic of power. In the Holy Roman Empire of the German Nation, the globus cruciger representing the Earth, held by sovereigns in their left hand during Coronation ceremonies, was known as the “Reichsapfel” – literally, the “Imperial apple.”

The most famous of all apples is, without a doubt, the forbidden fruit that Eve plucked from the tree of knowledge in the Garden of Eden: When Adam and Eve took a bite from the fruit, they were banished from paradise. Most likely, it is for this reason that the apple was bestowed with the Latin name of “Malus” (“evil”). In Celtic tradition, paradise was known as “Avalon” - the “Land of the Apples”: When King Arthur was injured, he is said to have travelled to Avalon so that his wounds might be healed. In the fairytale Snow White, the wicked stepmother gave a poisoned apple to the young Snow White; the moment she took a bite from it, she dropped down dead. When the king’s son has his men carry Snow White away in her coffin one of the servants stumbled, dislodging the piece of apple which had stuck in her throat and bringing Snow White back to life. The story of St. Nicholas is also closely connected to the apple; he is often depicted with three golden apples as, according to legend, every Christmas he would walk cloaked through the streets of Myra and leave golden apples and nuts on the doorsteps of the poor. In many regions of Germany it used to be customary to eat an apple on Christmas Eve, as it would bring luck in the coming year. In Westphalia, the custom was to make a gift of an apple, which had to be eaten immediately upon receiving it if one wanted to ensure wealth in the year to come.

The discovery of gravity

English physicist, astronomer and philosopher Isaac Newton hit upon the Universal Law of Gravity when he was sleeping under an apple tree one day and an apple fell on his head – at least, this is the tale as reported in Henry Pemberton’s biography published in 1728. Regardless of whether the tale is true or not, it is most certainly a memorable and vivid means of illustrating the effects of gravity.

The biggest apple in the world lies on the Hudson River in the USA: The “Big Apple” of New York. This curious name for the city dates back to the 1909 book “The Wayfarer in New York” by Edward S. Martin, in which he writes that the rest of the United States “inclines to think that the big apple gets a disproportionate share of the national sap.” The use of this name gained popularity in the horseracing and New York jazz scenes up until the 1950s and, in the 1970’s was officially adopted as the city’s nickname.

Nobody knows for sure exactly how the name of the computer company “Apple” came about. Was it in homage to the Beatles, who founded the record label Apple Records, 1968? Or because the founders of the company, Steve Jobs and Steve Wozniak wanted to be ahead of Atari, their former employer, in the phone book? Or was it simply because Steve Job’s favourite fruit at the time was Macintosh apples, and nobody could come up with a better name? There are endless theories, and only one thing is certain: “Apple” was the result. The designer Rob Janoff created the legendary bitten apple logo in 1979; the bite taken from the apple was a fitting play on the word “byte,” a unit of measurement in the world of IT, and symbolised the acquisition of information: A bite from the tree of knowledge. To date, the apple has been used in a variety of colours as the logo of the American computer manufacturer.

The forbidden fruit of paradise is not explicitly mentioned in the Bible, and it is only later interpretations which depicted the apple as the fruit of knowledge. A piece of apple is said to have lodged in Adam’s throat, hence the term “Adam’s apple.” In medical terms, the Adam’s apple is the largest piece of thyroid cartilage of the larynx. It can only be seen in men because the larynx enlarges during male puberty, making the voice deeper.

Apples are the subject of countless myths and stories, testimony to the elevated status that we human beings have always given them, and a reminder that we have always been aware of the many virtues of this special fruit. 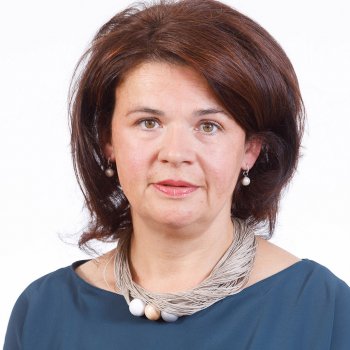 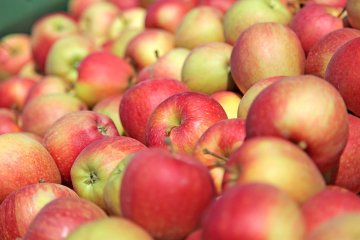 5 good reasons to eat an apple a day

An apple a day really does keep the doctor away… We’d like to share 5 good reasons why you should always heed the proverb. 1. Good health “to go” Nowadays, with...
read more
24. July 2019 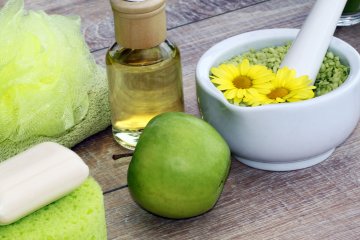 Apples aren’t just good for you: They make you look good, too. Long-famed for their healthy, nourishing qualities, the fruit of paradise is much more than just a healthy snack –...
read more
02. May 2018 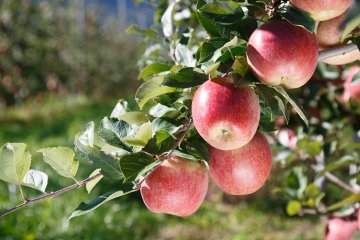 Eating apples may offer an alternative approach to allergies, according to researchers at the Laimburg Research Centre. Together with other scientific partners they are now investigating this...
read more
lg md sm xs