The Interpoma in Bolzano (South Tyrol / Italy) is the only international trade fair on apple. From November 15 to 17, Bolzano will once again become the apple capital of the world, as more than 20,000 professionals from all over the world descend on the city to find out the latest news from the sector. In the last few years, Interpoma, the international trade show on apple production, storage and marketing, has pursued innovation as its main theme, becoming the key event for finding out about the development of new ideas in the apple production sector. 2018 will be no different: numerous initiatives have already been planned and are in the pipeline for the 11th Interpoma, in addition to those already scheduled for the three-day event in November. 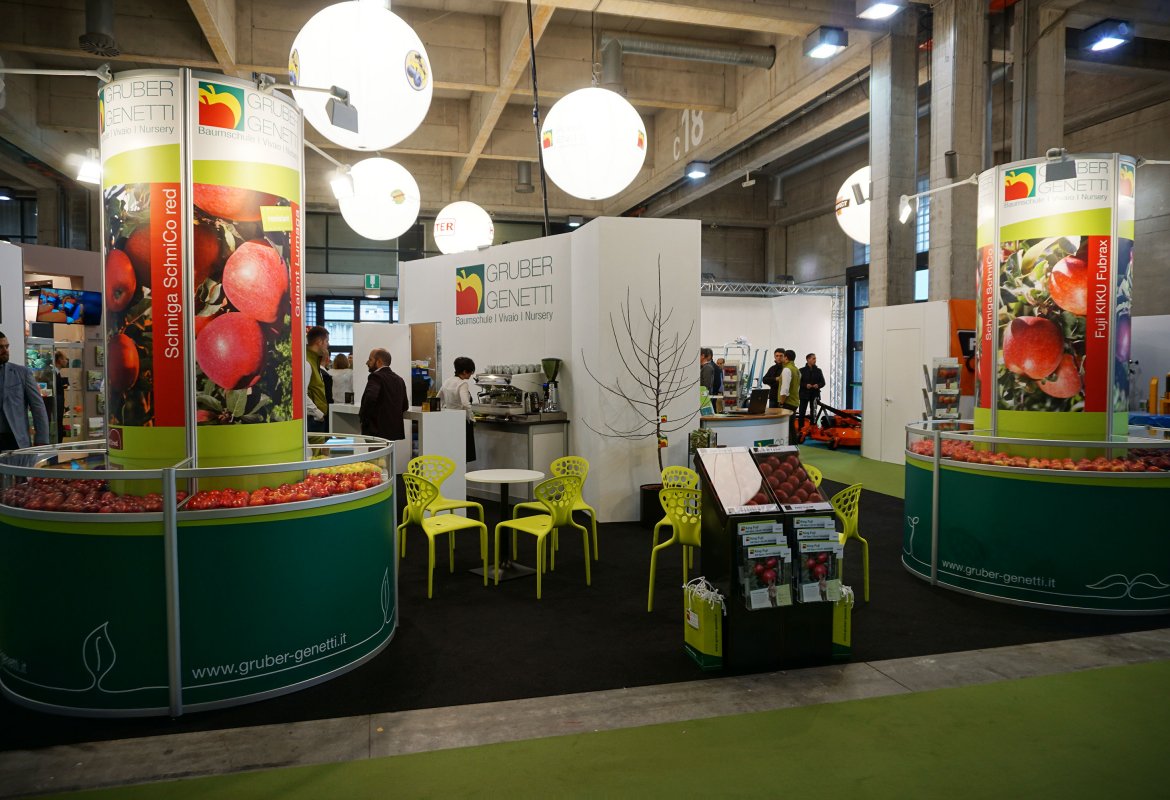 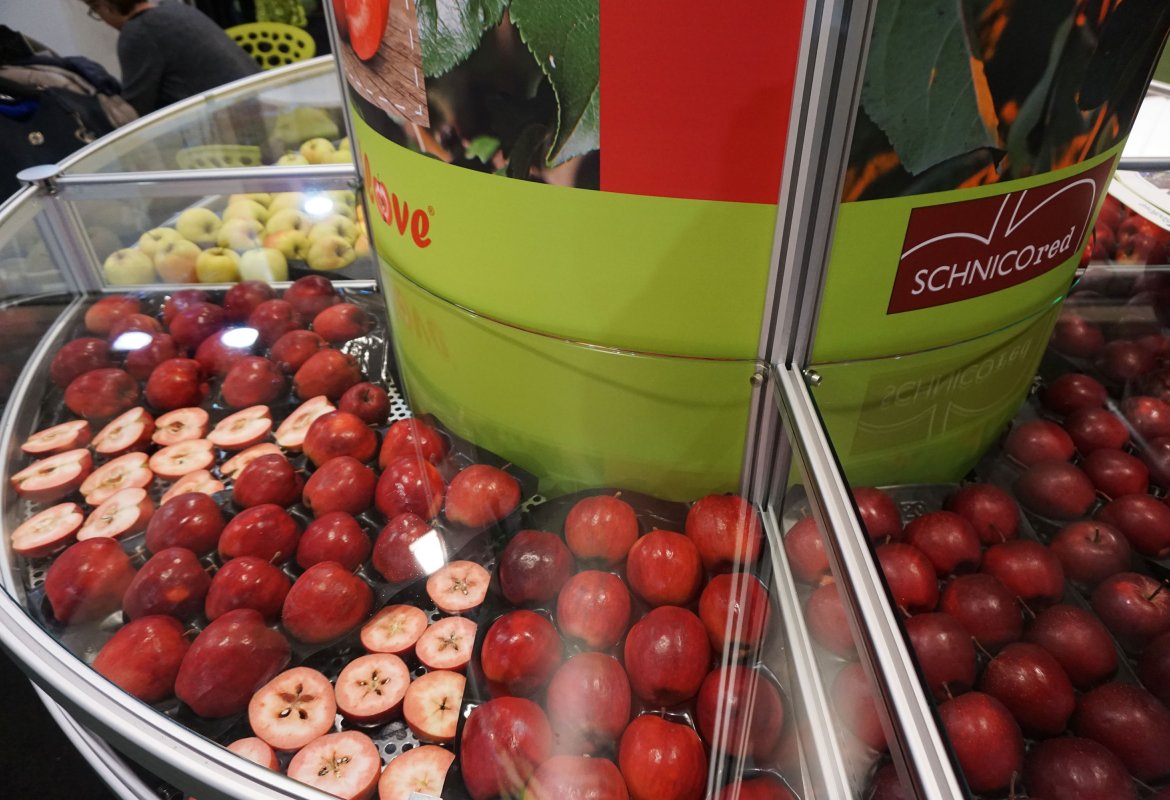 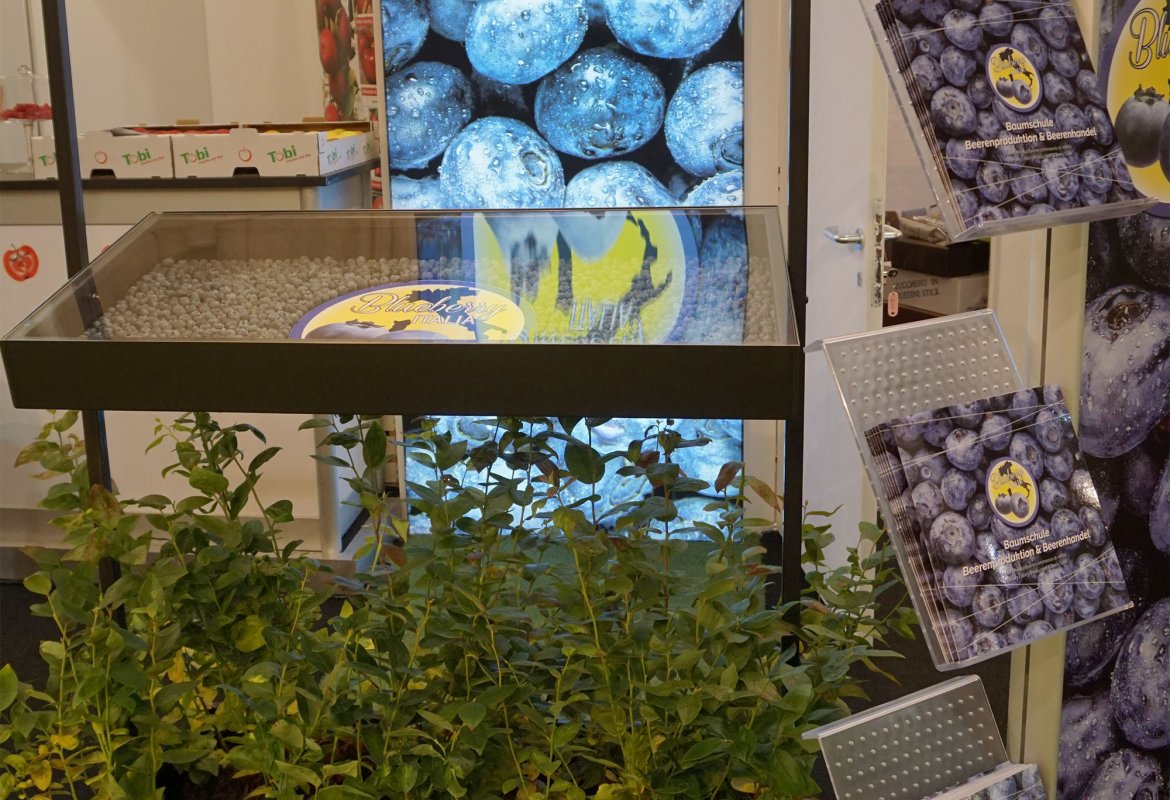 Congress “the apple in the world”

Market trends, variety innovation, sustainable apple production, high-tech fruit production: these are the macro-themes of the "The Apple in the World" biennial congress, which once again in 2018 will take place during Interpoma, the international trade fair on the production, storage and marketing of apples, scheduled for November 15 to 17 at Fiera Bolzano. The event is coordinated by South Tyrolean expert Kurt Werth, and – new for this year – the program will be concentrated in the first two days of the trade fair, Thursday and Friday; there will be no Saturday session. Each day is split into two parts and around twenty speakers from all over the world have been invited to discuss the most current issues for the international apple production sector.

The first session on Thursday November 15 will look at "The Apple in the World: Trends in Eastern Europe and Asia". In particular, there will be discussion of Poland and the Russian embargo, and apple production in Eastern Europe, the Balkan States and Central Asia. The positions of China and India on the international apple production stage will be explored, and there will be analysis of the opportunities and trade barriers for exports to Asia. The theme of the second session is "Current Trends in Variety Innovation, the Apple Genome and the Wild Apple Forests in Kazakhstan", with special talks on varietal trends, apple genealogy and systematics, and lastly a film will be shown on the wild apple forests of Kazakhstan, exploring how new apple varieties could come from old genes.

On Friday November 16, the second and final day, the focus of the first session will be "Sustainability in Apple Production: Organic and Integrated Production". Speakers from Italy, Austria, Switzerland and Germany will talk about organic apple production, integrated production, sustainability and biodiversity, including real-life case studies. The closing session will put the spotlight on technology, focusing on "High-Tech Apple Production of the Future": from new production systems in the southern hemisphere and the United States, discussion will move on to the use of robotics and mechanization in fruit production, digitalization, sensor techniques and precision technology, and finally the introduction of the electric tractor.

A total of nine daytime tours are planned, three to take place on Thursday November 15, five on Friday November 16, and one on the final day, Saturday November 17. Alongside the traditional tours looking at the organic sector and at technology, the big news this year will be the Interpoma Innovation Tours and the Melinda Tour.

On Friday there will be an opportunity to take part in tours to look at innovation in the food sector, one in the morning and one in the afternoon: NOI Techpark, the Alto Adige technology park that brings businesses, researchers and students together to generate innovation, will show at first hand the work of startups operating in the food technology, automation, and green and alpine technologies sector.

On Saturday morning, it will be the turn of Interpoma Tour Melinda, starting with a tour of MondoMelinda, the Consorzio Melinda visitor center in Segno di Predaia (TN), followed by a tour of the “underground cells”, vast galleries carved out of the rock, 275 m below the surface, which are used to store apples. Moving on to the traditional tours, the first two will be for anyone particularly interested in finding out more about the organic sector; they will be run in parallel early in the morning. The destination will be Val Venosta, the apple-growing area par excellence, with a general presentation of the environment, a tour of the Vi.p Laces Bio Cooperative in Laces (BZ) and another tour of an organic apple farm. The third and final tour on Thursday is scheduled for the afternoon and will visit Laives, where a general presentation will be given, followed by two tours, the first to an apple farm in the area, and the second to the “VOG Products” Cooperative, an innovative business processing fruit from Alto Adige and Trentino.

Friday will begin with a tour in the Bronzolo (BZ) area, during which there will be visits to Consorzio VOG’s “Grufrut” Cooperative and an apple farm in Magrè. The last two tours will run simultaneously in the afternoon. One will head for Vilpiano, with a tour of a Bolzano apple farm and the company “Egma/Fructus Meran”, which specializes in fruit processing and marketing. The other afternoon tour will be to Lana, to visit an apple farm and a checking station for spraying equipment.

Each tour costs 80 euros (including a trade show entry ticket) per person and reservations are already available online on the tours page of the official website: http://www.fierabolzano.it/interpoma/en/tour.htm.

Interpoma has invested heavily in the duo of innovation and technology in the last few years to make space for young people and new ideas to emerge and make their contribution to the development of the apple production sector. The Interpoma Technology Award, one of the major new features of the 2018 event, is part of this drive. Organized by Fiera Bolzano in collaboration with the Free University of Bolzano's Science and Technology Faculty and the Italian Society for Horticultural Science (Società Ortoflorofrutticoltura Italiana, SOI), the Award aims to promote the most innovative technology and equipment - on show at the event - with the biggest impact on production techniques, the protection of apple crops and the post-harvest processing of apples.

Robotics, Superfood & Software Solutions are the keywords of the first Startup Village by Interpoma, which will inaugurate this year, entirely dedicated to innovative ideas to improve the various sectors of the apple industry. It’s a platform for the exchange of new ideas and innovative themes in the agriculture-apple industry between consolidated companies and startups with young talents and experts in the field. The biggest threats of the 21st century such as food security, climate change, scarcity of resources and the fight against waste, all have the same common denominator, agriculture. Technological innovation will guide the search for a more sustainable development in all industries. To produce more in quantity and quality, but with less resources (land, water,fuel) wasted, will be on of the biggest challenge and the boom of startups in the last years in various sectors of the agribusiness, will be one of the driving forces behind the development of technological innovations to tackle those.

The link with the city of Bolzano will be renewed at Interpoma 2018 by a fringe event on apples. “BZ loves apples” is an initiative launched during the previous Interpoma, and this year it will provide a series of activities organized outside the trade fair to involve tourists and local residents in apple-themed event days, with tastings, show cooking, excursions into the countryside around Bolzano to find out where South Tyrolean apples come from and are grown, and much more.

For us, too, Interpoma is an important meeting place to cultivate our international customer relationships and to discuss the latest trends in apple cultivation with our partners. On our stand C19 / 38 we also inform about our activity as producer of blueberries and young plants of different blueberry varieties. 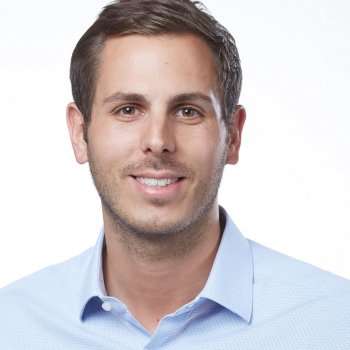 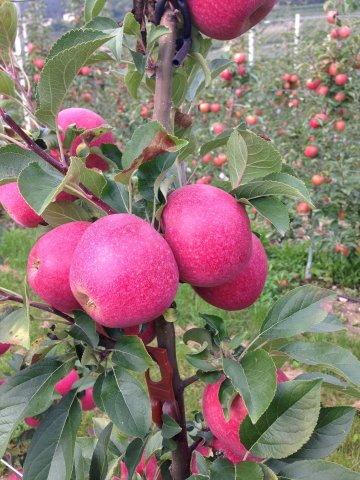 Unfortunately this article is only available in german and italian. Thank you for your understanding.
read more
02. August 2018 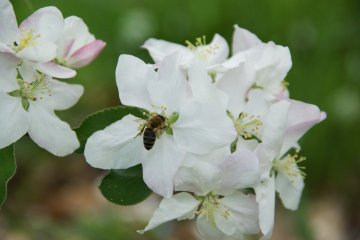 Bees and other insects that pollinate blossoms are indispensable for fruit and vegetable growing. In recent years, however, reductions in bee populations have increasingly been observed in...
read more
12. March 2019 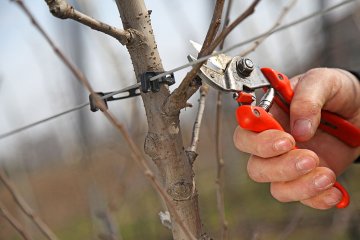 The main aim in fruit growing is to achieve regular, high yields of high-quality fruit, and to ensure rapidity of production. Another factor which is of great importance to the farmer is the...
read more
lg md sm xs